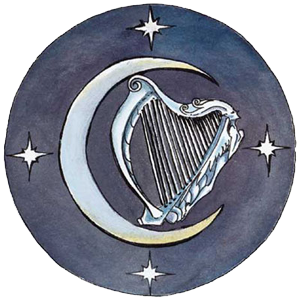 Sher Seekers is a Chaotic Good Tiefling Warlock, a graduate of the Waterdeep academy, there's nothing he loves more than having a good mystery to solve.

Sher is horribly awkward in social situations, and has been searching his whole life for the answer to a question that only he knows.

From a very young age, Sher was persecuted for being a Tiefling. He grew up in a medium sized town and his adoptive parents were the priests at the local temple of Oghma upon whose door he had been left, presumably by a young woman not willing to own up to having begotten such a demonic looking child.

Being raised by the guardians of knowledge has instilled within him a passion for knowledge and learning, and all the time spent reading books and hiding from the townsfolk has turned him into something of a Sage (and something of an obnoxious know-it-all).

Further, being raised by the priesthood has instilled a highly moral set of values within him. However as a Tiefling who has experienced the harsher side of moral consensus, he follows these teachings in his own way.

As he approached his early adulthood, he began to yearn to see and experience some of the places and things he had been reading about for so long. So the priests sent him to the nearby city of Waterdeep, so that he may learn at the Waterdeep Academy how best to survive and excel in the wide world of adventuring.